Due to the global pandemic, interrupted food transportation, the current recession, and extreme weather events, the price of food around the world has increased significantly in the last few years.

It’s increased so much, in fact, that millions of people throughout the globe are battling to make ends meet and ensure that they have enough healthy food for them and their family.

The Problem With Wastage

For many households, one of their biggest forms of waste is food scrap, such as the inedible cuttings that are left over after chopping vegetables. Usually, these cuttings would either go into the food disposal unit or straight into the trash – but this can instead be the starting point of making healthy and fertile compost at home.

Here we will look at what can be done with food scraps rather than throwing them away.

Vegetable cuttings are the beginnings of compost, but it’s a long and arduous journey before some onion skins can then be used on a vegetable garden. For those that have the space available in their backyard, creating a compost pit is the first place to start. The pit takes about a day to create, where wooden boards lined with plastic can be built to hold the scraps.

The scraps added here will undergo a process of aerobic decomposition, meaning that the microorganisms present require oxygen in order to break down the waste into usable organic matter. 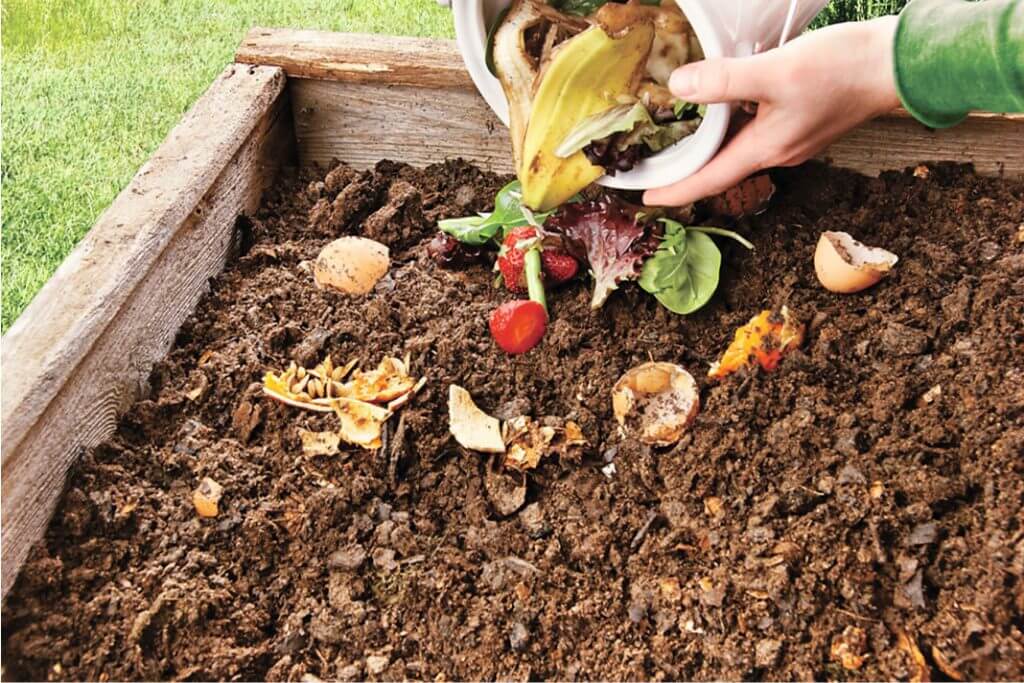 Because of this process, it’s vital to go out at least a few times a week and turn the compost to ensure that it doesn’t get too hot and become a fire hazard. There are many methods of outdoor composting, but it’s important to keep it covered as much as possible. It can take up to six months before viable compost is made, but once it’s ready, it will provide a nutrient-rich feed for most kinds of plants.

It’s also worth noting that these kinds of compost piles can only be fed with plant-based waste, and adding meat or bones to it can turn it sour, making it unusable.

A Bokashi bin is a Japanese invention that has skyrocketed in popularity in recent years. The bins consist of a plastic bucket that are designed to be as airtight as possible. The bin is filled with any scraps, which can include bones, meat, and just about anything that would otherwise go in the trash can.

Because they are airtight, the scraps inside undergo a process that is without air, or anaerobic, meaning the bacteria within break down the waste without the need of oxygen.

This also means that the process is much faster, and a fill bin can produce viable compost in as little as two weeks, plenty of time to enjoy online casino India offerings. On top of this, a special kind of liquid also forms from the process, which is known as Bokashi tea. It doesn’t smell great, but it’s packed with nutrients and other trace minerals, and can be used as a feed for plants of most varieties.